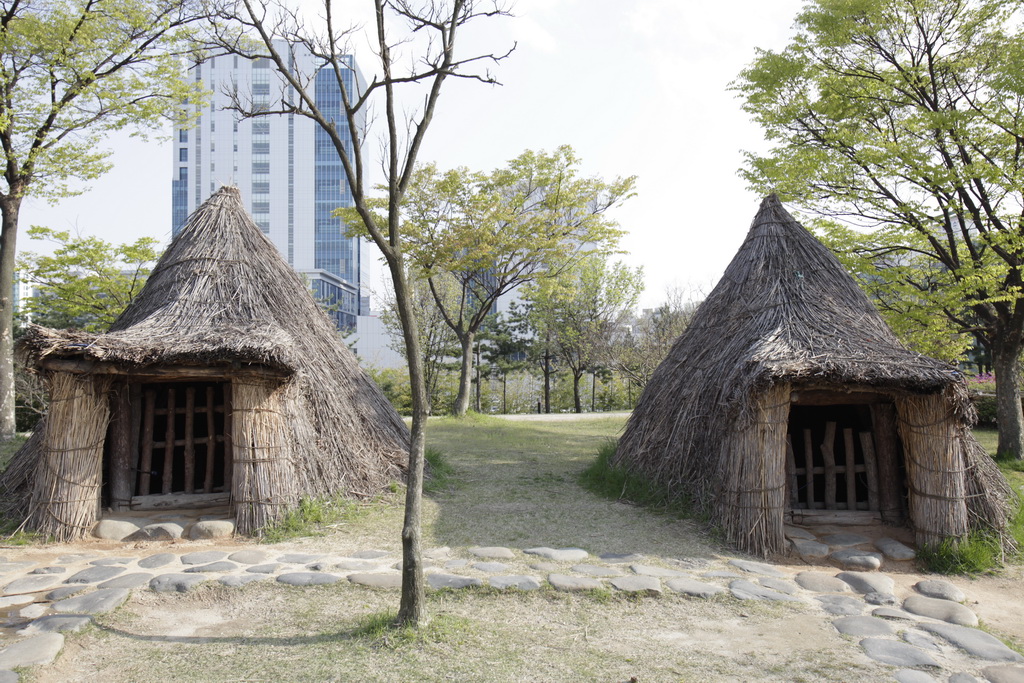 This Park is Daejeon City Memorial Monument Number 28. This site was excavated in 1991 when Dunsan area redevelopment began. There are now three residential sites of the Bronze Age, a dugout hut of the New Stone Age, an unidentified dugout, and teeth of a comb pattern fragment. 50 pieces of stoneware from the Old Stone Age were discovered as well. These pieces indicate that a community was formed in Daejeon. Based on these discoveries, this place became a pre-historic park. This park has historical meaning. It is the first place where you can see antiques from the Old Stone Age, the New Stone Age, and the Bronze Age in one place. This indicates that this area around Gapcheon River 갑천(甲川) was a residential area from the pre-historic era because it is located on a hilly agricultural area with an abundance of water. Also, along with the remains of the Bronze Age in Goejeong-dong, and the Old Stond Age in Seokjang-ri, this site is an important basis for confirming the origins of the pre-historicl culture of this area.